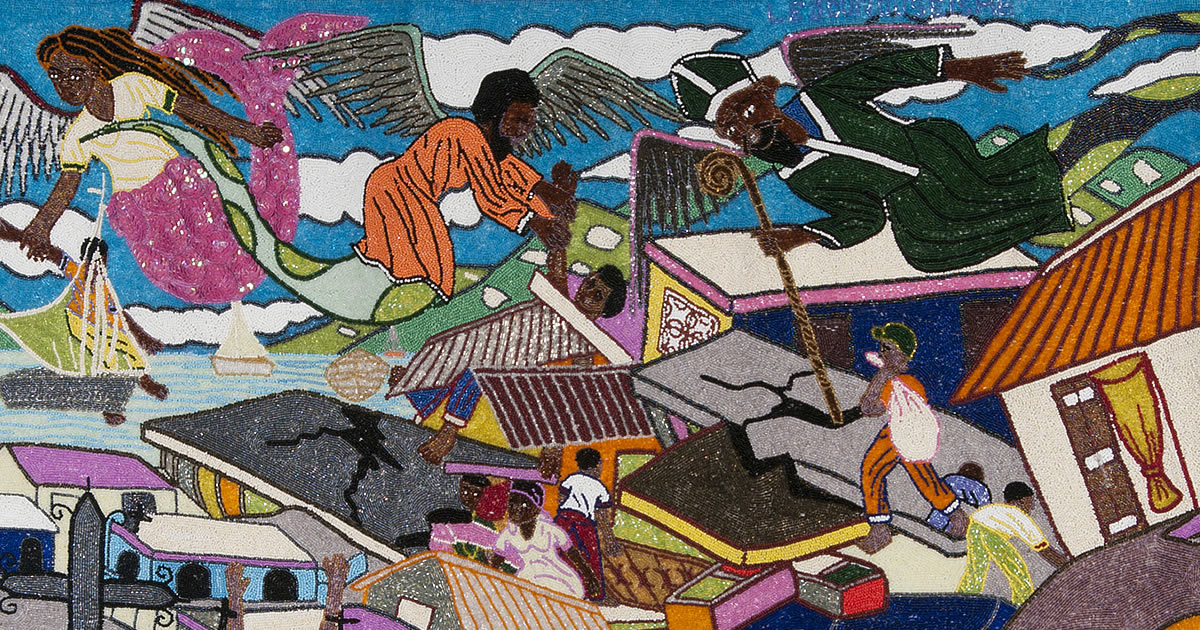 The Arts of Survival: Folk Expression in the Face of Natural Disaster explored how folk artists helped their communities recover from four recent natural disasters: the Haitian Earthquake; Hurricane Katrina on the U.S. Gulf Coast; Pakistani floods; and the recent volcanic eruption of Mt. Merapi in Indonesia. The exhibition opened July 3, 2011 in the Museum of International Folk Art’s Gallery of Conscience  and closed April 29, 2012.

Dr. Marsha Bol, Director Emeritus of the Museum of International Folk Art described the ‘Gallery of Conscience;’ “…as a forum where current issues facing folk artists around the world can be discussed. With The Arts of Survival we continued our examination of issues threatening the survival of the traditional arts, bringing them to the attention of our visitors,” Dr, Bol continued; “As the largest folk art museum in the world we believe it is our responsibility to address issues that threaten to disrupt folk arts – and in the case of this exhibition – the effect of natural disaster on the folk art community.”

The Arts of Survival featured work by folk artists— poetry, spoken word, and photographic and video documentation to explore the many ways in which a country’s traditional arts and artists rally in times of disaster, to rebuild and renew, one day at a time. As tragic events and terrible forces become part of carnival masks, scrolls, paintings, and vodou flags, the events are memorialized and the pain they brought is brought to a manageable state. When the force of the Earth breaks the world into pieces, the pieces can be collected and sold to bring an artist a step closer to economic recovery.

Visitors to this second ‘Gallery of Conscience’ exhibit saw the devastation of the Haitian earthquake emblazoned into the carnival masks and sequined vodou flags; how a New Orleans quilter took the flood-stained bedclothes of her neighbors ruined home and made art that both restores and represents. Visitors heard the voices of the women whose centuries old tradition of ralli quilts bring comfort and color to the millions of flood refugees living in tent cities in Pakistan, and the puppeteers of Indonesia who incorporate the news of recent volcanic eruptions into their wayang performances.